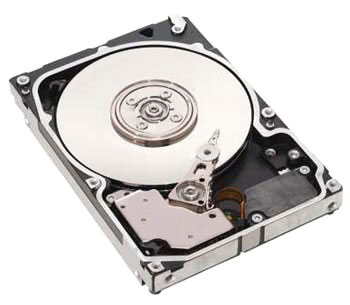 The information stored on hard magnetic disks (HDD) conventionally consists of the hermetic block and electronics board. The airtight block is filled by general dust-free air under atmospheric pressure, and it contains all the mechanical parts. The hard disk drive kinematics consists of one or several magnetic disks rigidly fixed to a spindle of the engine, and a positioning system of magnetic heads. The magnetic head is placed on one of the sides of a rotating magnetic disk and carries out data reading, and data recording from a surface of the magnetic disks is rotating with speed up to 15 000 revolutions per minute. Heads are fixed on holders and are moved by the positioning system between the center and edge of the disk. The exact positioning of magnetic heads is carried out according to servo information recorded on the disk. While reading it out, the positioning system defines a current strength which must be passed through the coil of an electromagnetic drive for the keeping of a magnetic head over a demanded track.

At power-on, the HDD processor carries out electronics testing, and then produces a command of spindle motor switching on. When some critical speed of rotation is achieved, the density of air carried along by disk surfaces becomes high enough to overcome the heads force of clipping to a surface and raising less than micron above surfaces of disks. From this point and until the speed decrease below the critical level, the heads "soar" on an air cushion and do not touch surfaces of disks at all. After the drive achieves the speed of rotation which is close to the nominal speed, the heads are taken out from the parking zone and search for servo marks for the exact stabilization of speed of rotation begins. Then reading of microcode and another service information from a magnetic surface is carried out. In the end, of initialization, the testing of a system of positioning by the search for the set sequence of tracks is conducted, and if it passes successfully, the HDD informs about sanity. To increase the reliability of information storage, the firmware of hard drives traces technological parameters (S.M.A.R.T.) accessible to reading and the analysis of the program that notifies the user about approaching failure.